A good deal of the time we spend with clients is devoted to addressing key questions about retirement, most notably “when can I retire?” and “how much will I need?”

They’re sensible questions, but as we’ve mentioned elsewhere, retiring doesn’t represent your destination, it’s a key milestone as you transition into a new period of your life. For that reason it’s just as important to turn your attention to what you’ll spend your time doing once you get there. In this article, just for a change, we’d like to focus on the ‘where’ rather than the ‘when’. We’re based in Devon, which we think is a wonderful place to live and to retire – naturally we’re a little biased, but we’ve drawn together a few highlights to support our case.

Of course with things as they are, real travel remains limited, but it won’t always be that way. So make yourself some tea, spread the cream on your scones before the jam* and read on.

(*This is the correct way to enjoy a cream tea. While some people in neighbouring areas may advocate a jam-first approach, this is categorically wrong.)

While we have offices throughout the south west, this is where it all began for us. The city has plenty of sights to see and things to do, which we’ll get to in a moment, but first a word on why it’s suited to retirement in particular. A 2019 survey named the city as the best place in the UK to retire, citing affordable homes, low crime rates, attention to accessibility and a high number of leisure activities per capita.

Plymouth has a rich maritime heritage and in keeping with that you’ll find a host of historically significant locations, including Plymouth Hoe, which sits on the seafront and enjoys commanding views over Plymouth Sound, Drake’s Island and across to Mount Edgcumbe (Cornwall) as well as boasting the iconic Smeaton’s Tower lighthouse.

Incidentally, Plymouth Hoe is also the site of Francis Drake’s legendary insistence on finishing his game of bowls before beating the Spanish Armada.

There’s more to Plymouth than history though. The city has a thriving arts and culture scene, holding the annual Marine City Festival and the Barbican Jazz and Blues Festival, which is aligned to the Barbican itself, a collection of shops, restaurants and cafes set against the backdrop of the harbour. If you have the grandkids in tow, the National Marine Aquarium is a must and when it’s time to eat, Plymouth offers a cornucopia of choices including a smattering of celebrity-run restaurants, all taking advantage of the fresh produce supplied by local farms and fishermen.

And then there’s gin. The Plymouth Gin Distillery uses a recipe that dates back to 1793 and parts of the distillery are several centuries older. The tour allows you to trace the Plymouth Gin distillation process, with a short tutored tasting and a chance to enjoy more gin afterwards in the cocktail lounge. The distillery has a stairlift to access the tours and a lift to the Cocktail Lounge, which is handy, because even if you don’t need them going in, you may need them when you leave.

With free time on your hands, you’ll want to get out of the city from time to time and Devon is lucky to have the South Hams, almost 900 square kilometres of rural and coastal land, much of it a designated Area of Outstanding Natural Beauty. The South Hams area is of course a gift for nature lovers with stunning vistas and nature reserves, but the area is also home to many picture-postcard towns and villages, all of which are well worth taking the time to explore. The coastal town of Salcombe for example, is ideal for relaxing by the water, while the larger towns of Kingsbridge and Totnes, both historic market towns and tourist hubs offer a more lively experience.

The South Hams are also home to more than 30 beaches, ranging from more popular, family oriented seaside locations like Bigbury Beach with its shallow waters and rock pools, to more secluded options. The wonderfully named Sugary Cove, on the mouth of the River Dart, is hidden away at the bottom of a stone staircase off the South West Coast Path as it heads to the historic maritime town of Dartmouth. If history is your thing, you’ll find plenty of that too, in Dartmouth Castle, Totnes Castle and Berry Pomeroy Castle, all English Heritage sites. If you’d rather let someone else make the effort, the South Devon Railway runs through some of Devon’s most beautiful countryside, following the course of the River Dart.

A quick look at Exeter

On the other side of the South Hams from Plymouth, Exeter is another Goodmans location, but it’s also worth serious consideration, providing a base to not only the rest of Devon, but also Somerset and South Wales. A small city, Exeter nonetheless offers plenty of history, predating the Romans, who nonetheless decided to build city walls, which you can still see the remains of. There’s a magnificent cathedral, a vibrant arts scene and a real mix of independent restaurants, cafes and shops, as well as the Royal Albert Memorial Museum and Art Gallery and the 14th century underground passages – not one for the claustrophobic.

But Exeter also benefits from great travel connections. By train you can be in Taunton in under half an hour, Bristol, Plymouth and Yeovil are all an hour away and if you prefer to drive, it’s just half an hour to reach Dartmoor, or Exmouth for the sea. There’s also an airport that connects to other locations around the UK, but it serves many popular European sun destinations including the Canary Islands and Cyprus too.

Travelling may not be on the cards at the moment, but as we’ve pointed out, planning for retirement means thinking ahead and playing the long game. Sooner or later life will begin to return to normal and when it does, it’s important to understand what you want to get out of it. For us, Devon is home, and we hope we’ve enticed you to take a look at the area yourself. But wherever you’d like to be, keep in mind that as important as it is to ask yourself how you’ll reach the retirement you want, it’s just as important to know what you’ll do when you arrive. 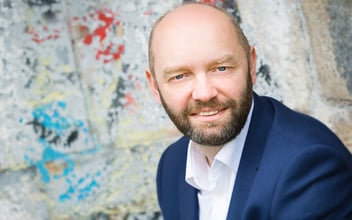 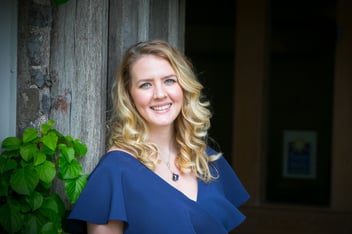 You may know the Goodmans team from your work with them, but how often do you ask them questions... 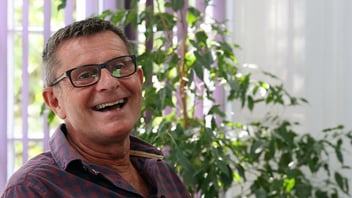 It’s been a while since we shined the spotlight on one of our own, so we thought it was high time...